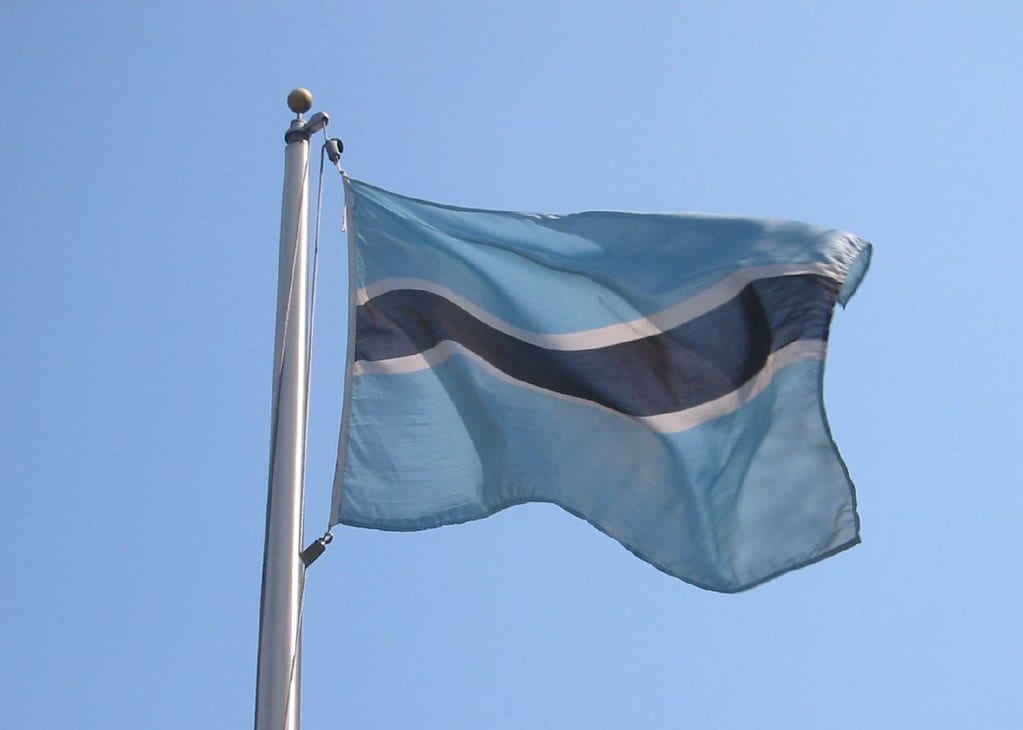 Travelling to Botswana is an experience like no other which is only enhanced by its range of unique and delicious traditional dishes. In many countries around the world, Botswana’s cuisine is known as the Rainbow’s Gastronomy, which is heavily influenced by Botswana’s ethnic wealth and vibrant culture.

To ensure you fully immerse yourself in Botswana’s authentic culinary culture, here are the top 8 foods to eat in Botswana on any trip.

Regarded as the national dish of Botswana, Seswaa is a traditional meat dish. Undoubtedly making it one of the top 8 foods to eat in Botswana. Seswaa consists of beef, goat, chicken, or lamb that is cooked slowly over a long period until it is completely tender and soft. The fatty meat is generally boiled together with onion and pepper and “just enough salt” – according to the people of Botswana. Like every good stew in southern Africa, Seswaa is cooked low and slow in a traditional three-legged cast iron pot over an open fire.

Once the meat is soft enough it is either served as is, or it can be shredded or pounded and served on a bed of pap (maize meal), with polenta, sorghum meal porridge, beans, or rice, or as a filling in a sandwich or any other type of bread.

As per Botswana’s customs, the men are typically put in charge of spearheading the making of this traditional Botswana dish as the pounding of the meat once it is cooked requires some muscle and power. Seswaa is most often served at important or special events.

If you consider yourself to be a less-adventurous eater, Morogo is the ideal dish for you when visiting Botswana. Morogo is a nutrient-dense wild spinach dish, traditionally served as a side dish with pap. It combines at least three different dark green leafy vegetables, most often including pumpkin leaves. Morogo is also known as wild or African spinach and is slightly more bitter than ordinary spinach in taste. It is traditionally served and enjoyed plain or paired with a combination of tomatoes, onions, and lots of butter.

Combined with pap, Morogo is a great source of vitamin A, vitamin C, calcium, magnesium. and iron. This not only makes Morogo a delicious dish to try and one of the top foods to eat when visiting Botswana, but it’s jam-packed with tons of nutrients and goodness too.

Dikgobe is one of the most traditional Botswanan dishes. It consists of peas and beans which is cooked over low heat, often together with a savory sauce. It is customarily eaten with traditional maize meal. sorghum, or samp. Dikgobe can be enjoyed as a main meal or side dish and is a great option for vegetarians.

Corn and lamb can also be added for more flavor and meat if so desired. As with traditional Dikgobe, the bean mixture is cooked over low heat, and when it is almost ready, the lamb is roasted. Once done, everything is mixed together in a single dish, which is served with sprigs of parsley.

To prepare this traditional Botswanan dish, sorghum, corn, or millet flour is placed in boiling water and slowly cooked until it becomes a soft porridge. A variant of ingredients can be added to Bogobe for extra flavor and spice, creating a unique and nourishing meal.

Corn or sorghum is often fermented, and sugar and milk are added. This dish is called Ting. Instead of milk and sugar, it is sometimes eaten with meat or vegetables for lunch or dinner.

Adding sour milk and melon to make lerotse is another way to make bogobe. This dish is referred to as tofu by the Kalanga tribe.

Matemekwane is one of Botswana’s most popular bread dishes. Similar to dumplings, Matemekwane is made from corn starch or corn flour. Despite Botswana not actually producing its own bread flavor, these little Botswanan dumplings have undoubtedly become an essential and delicious part of the country’s staple diet.

As Matemekwane is a seasoned dumpling, they are often stuffed with an array of vegetables and meat to add some authentic flavor. They are traditionally served with a bowl of hot soup or a dip and are deliciously crispy on the outside and fluffy on the inside.

Calling all adventurous eaters! What would the ultimate top 8 foods to eat in Botswana list be without Mopane Worms?! If you’re eager to fully immerse yourself into Botswana’s cultural culinary scene, trying Mopane Worms should definitely be on your bucket-list. While you may find it hard to believe, in Botswana, Mopane Worms truly are a local delicacy.

These caterpillars are usually served in a tomato stew or peanut sauce and are regarded as pretty tasty by those who have tried it. If you’re on a health kick, even better! Mopane Worms are a great healthy food option as they are rich in both protein and calcium.

Don’t bash it until you try it, who knows, you may just love it!

Ditloo, also known as nyimo beans, jubo beans, Bambara ground nuts or tindluwa is an African legume that is most often included in African dishes using beans. Not only is Ditloo delicious, they are a great source of nutrition and have been a staple of African culinary culture for generations. The traditional preparation process involves soaking them overnight to remove their gas, which causes flatulence. First soaking the Ditloo also makes them easier and quicker to cook. Once all the steps have been completed and the Ditloo is ready to be served, it can be enjoyed as either a main meal or a tasty snack. The dry beans are also often ground into a fine powder and added to porridge.

This traditional Botswanan dish is prepared with tripe – another primary staple of African food culture. Tripe is the edible stomach lining of beef, pork, or lamb and is regarded as a popular and highly sought-after delicacy in most African countries. Undoubtedly making it one of the top foods to try on your trip to Botswana.

Mogodu consists of a flavorful stew that is customarily prepared with sliced tripe and served with potatoes and peas as an accompaniment. Mogodu is traditionally flavored with ginger, garlic, and chili. Be sure to give it a try, it is absolutely delicious!

Made from local maize meal (ground maize), pap is a staple food for many African cultures. There are different types of pap, including phutu pap (dry and crumbly), stywe pap (thick consistency), or slap pap (soft and smooth). Pap is often combined with vegetables for more nutrition, eaten as a breakfast food mixed with milk, butter and sugar or with Maas (fermented milk), or served with a traditional sauce which includes tomatoes and onions, accompanied by meat. As a staple dish, pap is definitely one of the top foods to eat in Botswana or when visiting any African country.